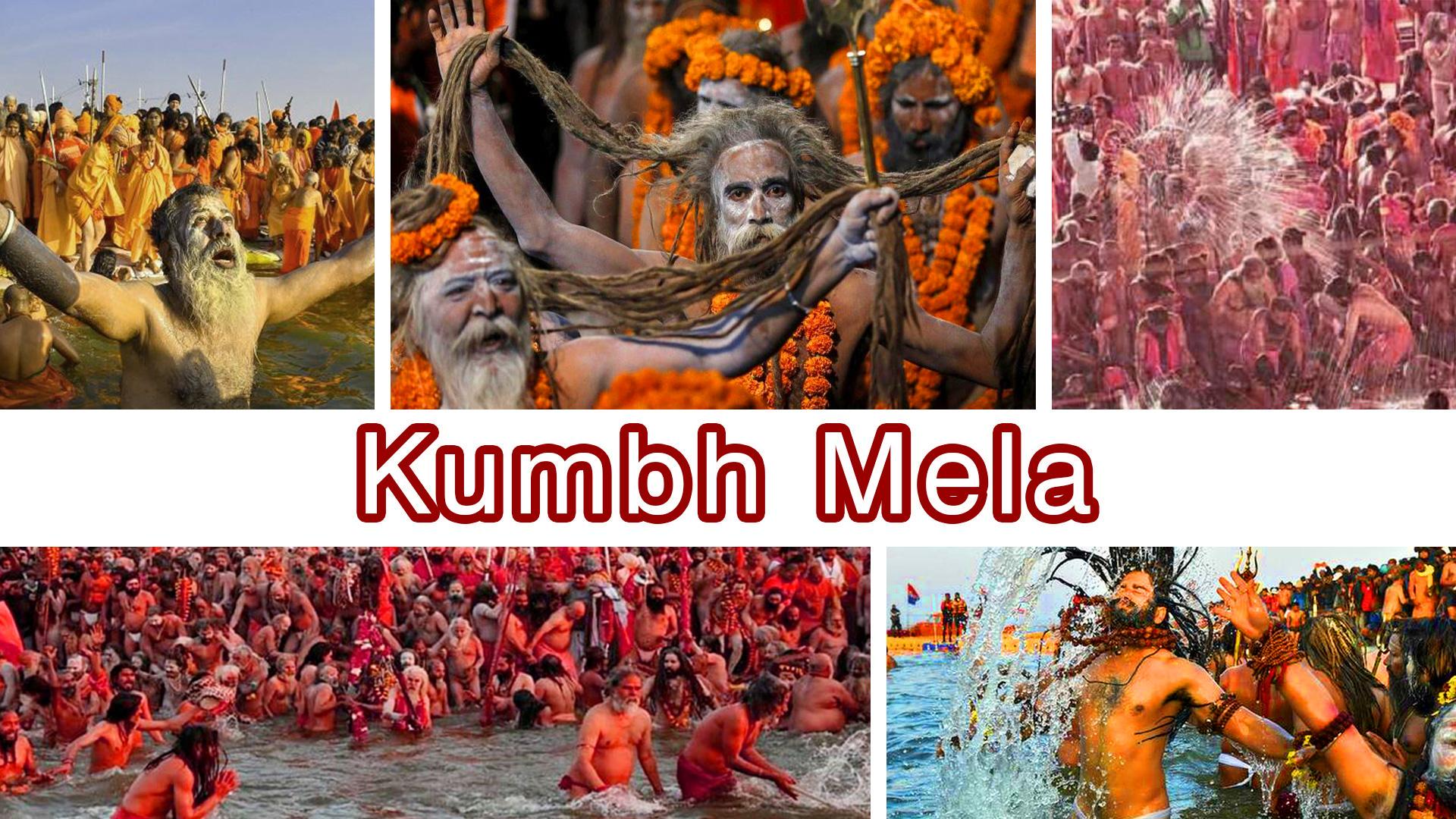 The largest religious gathering in the world is known as Kumbh Mela. It is often referred to as Kumbha Mela, which is a significant Hindu festival where Hindus congregate in a holy river to take a bath. UNESCO has recognised this unique celebration and has included it on its list of Intangible Cultural Heritage. The celebration is held along the banks of rivers in Haridwar, Allahabad, Nashik, Ujjain, and Shipra, as well as at the confluence of the Ganges and Yamuna in Haridwar and the Yamuna and Sarasvati in Allahabad. Every twelve years, the Kumbh Mela takes place at a certain location. We now have a list of the top 9 amazing facts from the enormous Hindu celebration known as KUMBH MELA -

1. Taking part in the Mela - As time passed, the Kumbh Mela Haridwar attracted an increasing number of pilgrims. In 1903, the Mela was attended by about 400,000 pilgrims. In 1954, there were more than 500,000 attendees at the Mela. In 1998, there were 10 million individuals; in 2001, there were 40 million. Around 70 million people attended the Kumbh Mela in 2007, while 100 million people did in 2013. The 2019 Mela attracted 150 million attendees, becoming the world's biggest religious gathering and increasing spontaneously.

2. The Mela's discovery - The first Kumbh mela festival was discovered more than 2000 years ago. The reports of the Chinese traveller Xuanzang, who travelled to India during the reign of King Harshavardhan, provide the first recorded evidence of the mela. The first documented chronicle of the Kumbh Mela was published between 629 - 645 BC.

3. The significance of Kumbh Mela - The word "Kumbh" for the festival actually means nectar. Kumbh Mela's beginnings can be traced to a time when both Gods (Devtas) and Demons (Asura) lived on the earth. The devtas were cursed,  which ultimately made them frightened and weak. For the purpose of obtaining the elixir of immortality, Brahma (the creator) directed them to churn the milky ocean, and up to the present day, at the Kumbh Mela, Hindu worshippers still practice this activity.

4. Belief of Shahi Snan - The main Kumbh Mela event is the sacred bath or dip. During the festival, worshippers from over the world take sacred baths in the Ganga in an effort to reach Moksha or salvation. It is believed that taking a sacred dip in the Ganga will cleanse all sins.

5. Holy Men - The attendees of the Mela also include a number of holy men from different Hindu sectors such as - The Nagas, who don't dress up or wear no clothes. Three baths are taken daily by the Kalpawasis. The Urdhawavahurs exposed the body to extreme austerity. These holy men perform religious ceremonies specific to their community in order to attain their respective purposes.

6. Astrological Significance - The Kumbh Mela is held on the days when it is believed that the waters of those holy rivers are changing into nectar. The precise dates of the Mela are established using a combination of Jupiter, Sun, and Moon zodiac positions. The Nashik Mela has Jupiter and the Sun both in Leo, which are various permutations of the Four. Sun in Aries is the day of the Haridwar Mela. Jupiter is in Taurus and the Capricorn Sky during the Prayag Mela. The Ujjain Mela is Jupiter and the Sun, both in Scorpio.

8. Observable from the Sky - In 2019, an estimated 150 million people participated in the Mela. The Mela is so enormous that you can actually see it from space. Kumbh Nagri, the epicentre of the mela, is located in Prayag and covers an area of 58.03 square kilometres. The ISRO satellite photographed the Mela from a distance of 817 miles, capturing photographs that clearly reveal the festival's routes, camps, and even crowds of people.

9. Accommodations - Special trains run to the Mela site during the Kumbh Mela to receive the pilgrims. Additionally, there is a 56.20-kilometre temporary road open to make it easier for them to reach. The distribution of food grain to pilgrims amounts to about 25,800 metric tonnes. To accommodate entering automobiles during the Mela, 36 parking spaces are created across the city for a total of 162,000 vehicles approximately.